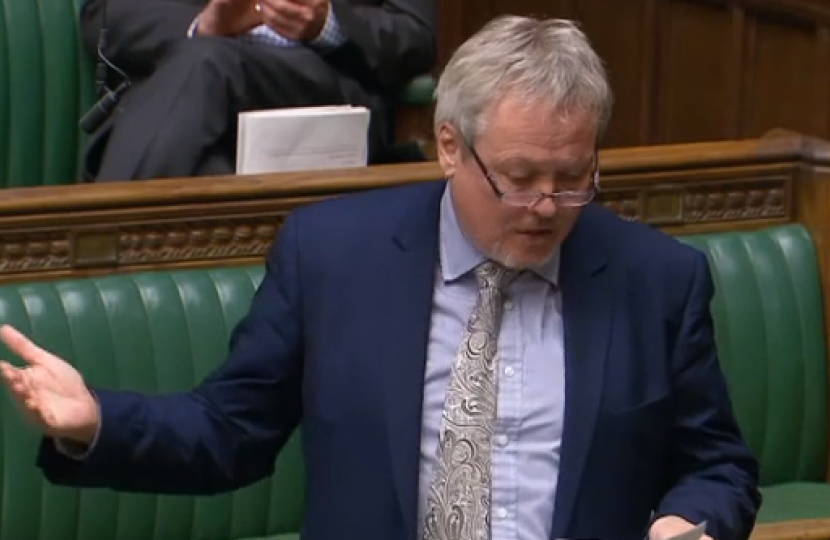 I sincerely hope that we will have some clarity at the end of this process, and that it will move us closer to the Brexit I was sent here from Clacton to deliver. From my travels across my constituency, I know that the vast majority of my constituents just want this whole agonising process to be brought to a conclusion with a Brexit. Yet because of the constraints applied by this House, the deal on the table is the best way to deliver that Brexit, despite my serious concerns about the backstop and the continuing legal jurisdiction of the ECJ. I now feel that we have to vote for it, and head off the possibility of no Brexit at all.

The political scenery has changed dramatically, and this House has become more assertive by taking no deal off the table. There is also the emerging threat of an extremely soft or painfully slow Brexit. Moreover—this is becoming apparent now—as the House begins to assert itself, the Brexit deal we now have on offer is as good as it is ever going to be. There is not, and there never will be, a perfect deal; there is only a pragmatic outcome. By failing to move beyond this point at all and by failing to compromise and start on the road to Brexit, we are failing to satisfy anyone who voted to leave. We are also failing to satisfy those who voted to remain, and that includes me, but my position fell with the result of the referendum.

In the light of the instruction I got from people in Clacton to deliver Brexit, I would ask my colleagues if they want to be the ones that make Brexit worse, or even lose it entirely, when they could be the ones to deliver a good form of Brexit after all this pain and division—a Brexit that delivers on the promises. No doubt some will remain stubborn and push hopelessly for an unattainable no deal, but they fail to recognise that no matter how much they may wish for it, there is not a majority for no deal in the House and there has not been since the 2017 election. If colleagues reject that point and doggedly reiterate the Prime Minister’s line that no deal is better than a bad deal, that does not change the fact that supporting no deal is flogging a dead horse. A deal is all we can possibly have.

Although no deal is the legal default, we are in the weird position that it is no longer possible. Events have overtaken dogma and stubbornness. I will therefore support the deal in future votes in a spirit of pragmatism and because of my desire to deliver Brexit for my constituents. I will vote to support no deal today, again for my constituents, but to colleagues who are still voting for no deal in the vain hope of reaching that outcome, I say that the House will not allow it. It is time to get serious about the deal in its current form because all the other options are far worse than the one on offer.​

I will not go through all the motions, but I am looking for pragmatic and realistic options. I want to get the deal over the line for the good of the country in the future.

Read my decisions on the indicative votes here.