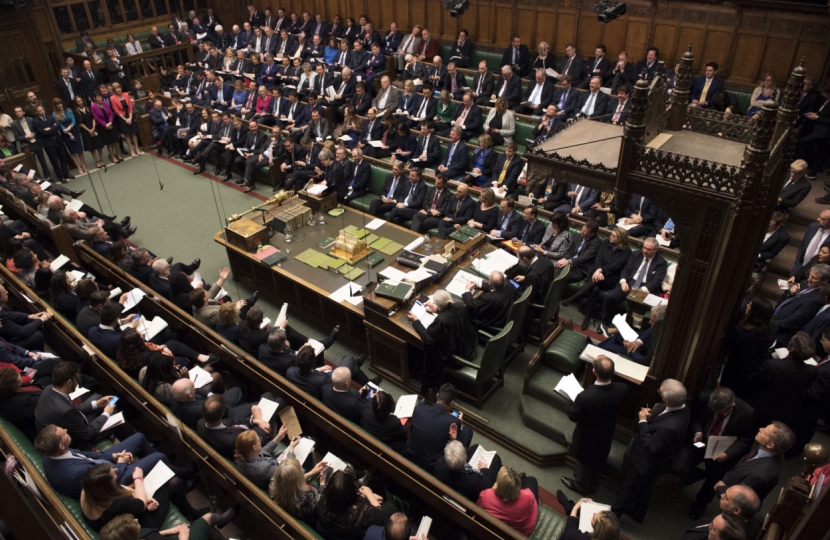 Yesterday, the House discussed a series of possible Brexit outcomes. Despite participating in hours of debate, I was not able to find an acceptable way forward.

You can read how I voted, and why, below. My speech during the debate can be found here.

I voted to support no deal as we need to keep this option on the table to secure further changes to the deal.

I voted against this motion, as it maintains free movement of people via the Single Market. From my conversations on the doorstep, this is not acceptable.

This motion would move us into the European Economic Area without negotiations, which maintains free movement of people via the Single Market, before an indeterminate negotiation on our accession to the European Free Trade Association. Our joining EFTA is not guaranteed, and I believe that this is just another form of the backstop. And once again, from my conversations on the doorstep, maintaining free movement of people is not acceptable.

This would stop us from signing our own free trade agreements around the world and would be indefinite.

The proposals contained in this motion are not grounded in anything that even resembles reality.

This goes against both the referendum result and the overwhelming vote in Parliament. Moreover, some 70% of my constituents voted for Brexit and 61% then voted for me when I promised to implement that result – and let us not forget the 33% who voted for other parties that promised the same. Finally, less than 3% of my constituents have currently signed the petition to revoke, and that is hardly enough for me to go against the strength of local feeling.

I was sent here to confirm the result of the first referendum, and we have not yet done that. Moreover, we do not know the choices that would be presented at this referendum, but I assume that remaining would be on offer.

I voted to support this, as it would, in the event of no deal, instruct the Government to secure a trade agreement and customs arrangement.