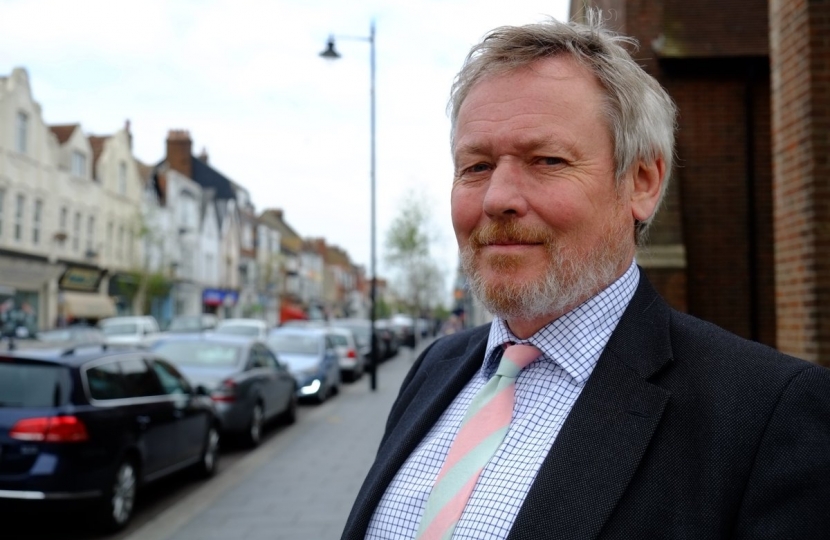 Giles was first elected as Member of Parliament for the Clacton constituency in June 2017. At the December 2019 General Election, he was re-elected as the Conservative candidate with an increased majority.

With a background in theatre and television, Giles, his wife Vanda, and twin daughters live in the heart of the constituency – he ran the Summer Theatre in Frinton-on-Sea until 1982, and served as a Tendring District Councillor for Frinton Ward from 2007 to 2019.

During his time as a local councillor, Giles fought hard to maintain and enhance the local area. He was part of the Administration that brought over £50 million in investment to the area between 2012 and 2017, and in difficult economic circumstances his leadership delivered annual savings worth £12 million, without the loss of a single frontline service.

Ever since his election as Member of Parliament, he has worked hard for everyone in the Clacton constituency, and believes that the Sunshine Coast has been overlooked for too long.

And during the 2017-19 Parliamentary session, Giles worked hard to promote and improve the area, and secured additional Government funding for police – this has seen hundreds of new officers recruited in Essex. Giles has also worked drastically improve the infrastructure serving the area, as this will bring new prosperity to the area. Read about Giles’ work in the 2017-19 Parliamentary session here.

Moreover, having raised two daughters in Tendring, Giles is keen to ensure that it remains a safe, healthy environment for all. He worked hard to improve local GP services and also focused on implementing the Government’s decision to invest £14 million in Clacton Hospital. Locally, Giles has also tried to meet with as many community groups as possible since his election, you can read about his local activities during the 2017-19 Parliamentary session here.

As an animal lover, Giles is keen to promote improvements in animal welfare and has spoken several times in Parliament on this subject. Giles has also spoken on: the need to increase defence spending to 3% of GDP, tackling rural crime, national security and the role of NATO, and the future of our economy. Read Giles’ speeches from the 2017-19 Parliamentary session here.

If you would like to meet with Giles, please email: giles.watling.mp@parliament.uk