SPRING STATEMENT: WHAT IT MEANS FOR THE CLACTON CONSTITUENCY 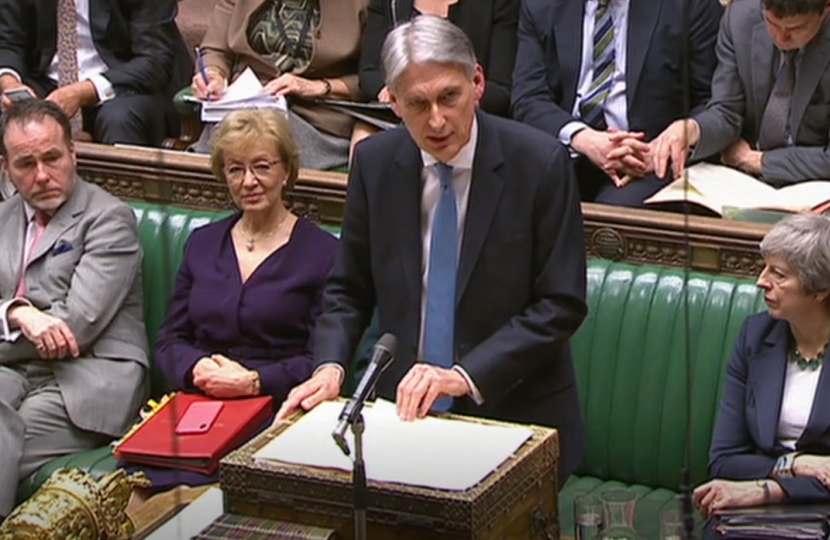 Giles Watling, MP for Clacton, has welcomed announcements in the Spring Statement, many of which will be of benefit to the Clacton constituency.

In the statement on 13th March, the Chancellor told the House of Commons that there has now been nine consecutive years of growth, and the OBR has forecast further growth every year for the next five years. Moreover, since 2010, the economy has grown faster than France, Italy, and Japan, and inflation will stay close to or on target in the coming years. Borrowing has also been reduced by four-fifths since 2009, and debt fell last year and is forecast to fall continuously to 73.0% of GDP in 2023-24, compared to the peak of 85.1% in 2016-17.

This clearly demonstrates that the public finances have continued to improve since the 2018 Budget and the Government is focused on keeping debt falling so as to not burden the next generation. This improvement in the public finances has also allowed the Chancellor to fund several new schemes, including:

The Chancellor also confirmed that the Government will hold a Spending Review, which will conclude alongside the Budget. As at the past three Spending Reviews, the Government will run a review of capital spending where each programme or project will be scrutinised from the bottom up, ensuring the maximum return for the country and the taxpayer. The Spending Review will also have a renewed focus on the outcomes achieved for the money invested – supporting a high-growth economy with public services that work for everyone.

“I was pleased to hear from the Chancellor just how well the economy is doing, despite current uncertainty, and it is encouraging that this growth will continue. We need to maintain our balanced approach, which will reduce the debt burden on future generations. This balanced approach also allows us to spend when possible, and there were several announcements in the statement that will directly benefit our area.”