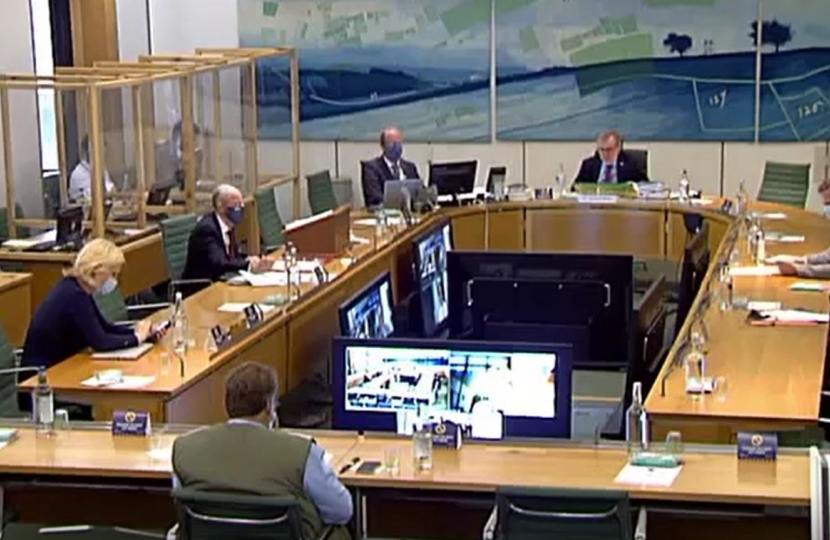 "It is an honour to serve under your chairmanship, Mr Mundell. I am grateful, as always, for the opportunity to speak in this important debate. I support the principle behind the petition. The Government must review and, if necessary, enhance curriculum content on water safety. This is a change that the 109 people in my constituency who signed this petition want to see, and I know that there will be many more residents in our area who support improvements in water safety education.

"Clacton is a wonderful place, happy to call itself the sunshine coast, which the vast majority of people enjoy in perfect safety, but due to some ignorance of the sea and its habits, we have had our fair share of tragedy. In 2018, local teenager, Ben Quartermaine, was swept out to sea while swimming with friends off Clacton pier. His body was found two days later. In 2020, another local man, Paul Lee, was found lying face down in the water off Clacton pier after going for a swim from the beach. These are two difficult and memorable incidents for the community, but unfortunately they are not isolated. Our hard-working lifeboat and coastguard teams at Clacton and Walton are regularly called out up and down the sunshine coast—something I have experience of as a former volunteer. I take this opportunity to thank all those involved in those hard-working teams across the country. They often work in the worst conditions imaginable and do it for nothing more than their time, although some do receive the reward of a well-earned beer, traditionally bought by the rescued for the lifeboat crews at Walton-on-the-Naze.

"Given my experience in this area, and as a yachtsman as well, I am pleased that some of our local schools provide additional water safety lessons, especially after what happened to Ben and Paul. However, these are not universal across the country, and time and again visitors to our area get into difficulty. As an area so beautiful and so close to London, it is not surprising that we get our fair share of visitors, and as has been observed in the debate, we are likely to get many more staycationists. This disparity in the standard of water safety education in coastal and urban areas concerns me, and I believe it led to another tragedy in 2019, when two siblings from Luton died while swimming at Clacton after getting into difficulty.

"I recognise the good work that is already being undertaken to educate all children about water safety, as set out in the Government’s response to the petition, but it is not enough. We are starting with a blank slate, and we must acknowledge that many people are able to enjoy the water safely because of the content in the curriculum and the work of organisations such as Swim England. Nevertheless, as has been said, there were still 254 deaths in UK waters from accidental drownings in 2020, an increase of 34 on the previous year, so I believe that there are too many avoidable deaths, which troubles me. It is the young who are most at risk of drowning, according to the World Health Organisation.

"In short, our approach to water safety education has had some success, but it is not there yet and there is more that we can do to protect those most at risk, so I was disappointed to read that the Government had no plans to review current curriculum expectations. Surely we need to look at that again. Figures show that inland open water, such as rivers, canals, lakes, reservoirs and quarries, continue to be the leading locations, with 58% of deaths. How do we deal with that? Males continue to represent 78% of deaths. How do we better educate men and young boys about the dangers?

"Almost half of those people had no intention of entering the water, with 107 either walking, slipping, tripping, falling, or being cut off by the tide or swept in by the waves. What educational resources can be put in place to stop those accidents? That is what a curriculum review should focus on. Doing so would ease the pressure on our hard-working and overstretched lifeboat crews and other emergency services and would prevent the terrible incidents that leave such a scar on our communities and the families affected. With that in mind, I ask the Government and the Minister to consider again implementing such review."

Giles Watling, MP for Clacton, joins colleagues from across the House to raise awareness of One Punch Assaults during One Punch Awareness Week.