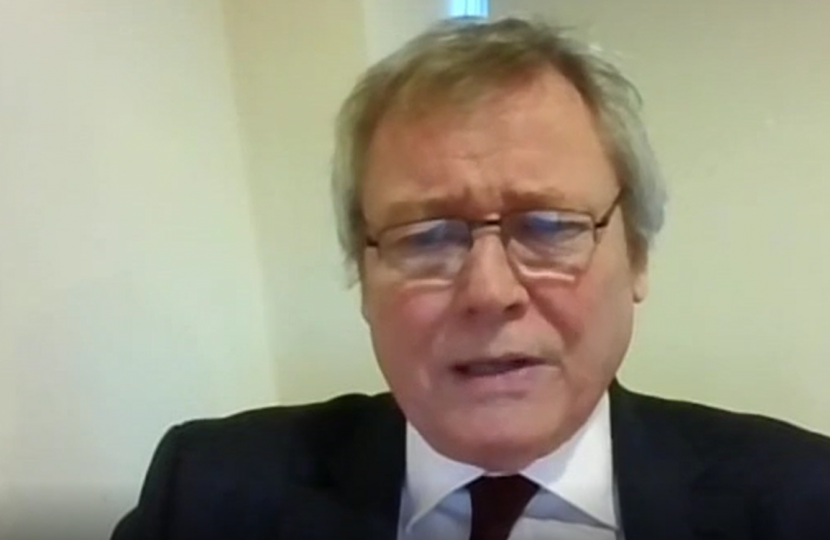 This debate is very important, because the Department for Digital, Culture, Media and Sport is going to play a crucial and central role in our recovery from the pandemic.

Historically, the core funding for DCMS is humble compared to that for many other Departments. According to my very rough calculations, for every £1 that DCMS got for core funding in 2020-21, the Department of Health and Social Care received £64, and that is quite right. The same budget for health grows by some £8 billion a year, while DCMS only gets a £100 million annual uplift, and that is also quite right. We are all acutely aware of the importance of a robust and well-funded NHS, especially at a time like this, but we must remember where that money comes from, and DCMS is one of the biggest economic contributors. A well-funded NHS would be an impossibility without those contributions.

Of course, DCMS includes the creative industries, which contributed over £115 billion to the UK’s economy in 2019. That is equivalent to £315 million every day, or over £13.1 million an hour. As my hon. Friend the Member for Solihull (Julian Knight) told us last week, the UK would have been in recession for each of the last three years if it had not been for the creative industries, so DCMS and all its sectors are vital, and we need to ensure that the Department has all that it needs to help those important industries back on their feet after the pandemic.

A major part of the creative industries is, of course, the performing arts—in all its guises. It is not only cash that this sector brings in; it is also an extraordinarily formidable example of soft power. To put it simply, this country is a world leader in music, theatre, television, film and fashion. We promote the UK across the globe; we promote British values and sell British goods off the back of our cultural offer. We ignore it at our peril.

We are world leaders in sport. Cricket, football, yachting—all these and many more reach every corner of the world, and they need support. As I said in the recent debate on the cultural and economic sectors, the creative industries are facing total disaster during the pandemic and will need that support. That is the challenge that DCMS now faces. To elucidate this point further, last year Oxford Economics predicted a £77 billion turnover loss over the course of 2020 compared to 2019; that is minus 31%. Moreover, the industries are projecting a drop in employment of 122,000, despite the job retention scheme, and a further 287,000 job losses among self-employed workers compared to 2019 levels. This is potentially catastrophic, not only for the country as a whole, but for each and every one of those individuals losing a job. Although I have no doubt that the Department’s budget has been set in a way that reflects the challenge, I hope that the Ministers and the Chancellor will stand ready to provide further finance if it is needed.

But it is not all about finance; it is about underwriting insurance to give confidence to producers and organisers. That has been spoken about a good deal today, and it is terribly important. It is also about freedom of movement for musicians, actors and all their kit. There are easy wins here, and not necessarily with any financial strings attached. The Government should grasp this opportunity to demonstrate their serious support for the sector.

As chair of the all-party parliamentary group for theatre and vice-chair of the Royal Theatrical Fund, I know how hard this particular part of our cultural offer has been hit and how many are suffering at the moment, so let us support it and put it back where it belongs: leading the world and promoting the UK. Although I am happy to support these estimates, this funding must be a floor, not a ceiling, when it comes to helping the creative industries and the other DCMS sectors to recover, which will help the UK recover.