Speech on cultural and entertainment sectors 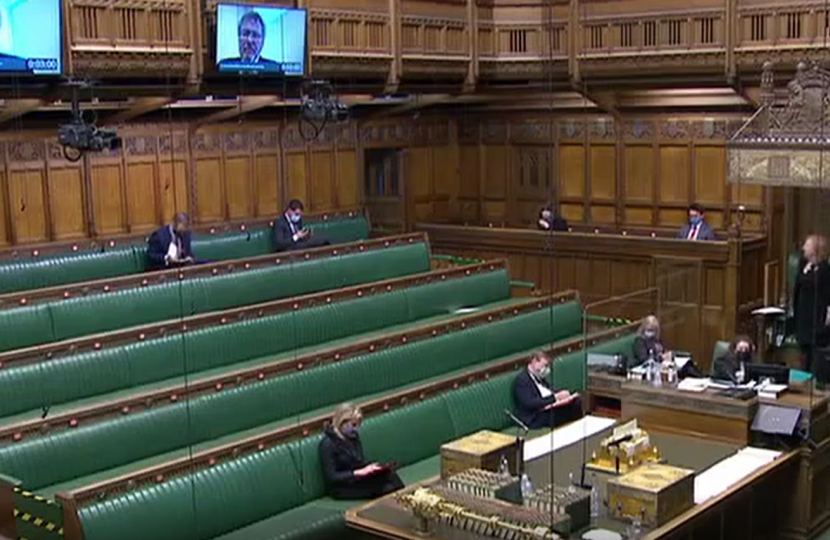 "Three minutes is not enough time to say everything, and this should not need saying again, but I will say it anyway in case anyone has missed it: our cultural and creative sector has hitherto been world beating. It is the gold standard that the rest of the world looks to. From the tiniest repertory company in places such as Frinton-on-Sea to the greatest film and sound stages of places like Pinewood, producing films such as James Bond, Superman, Star Wars and many others, this is UK soft power at its very best. For generations, we have exported British values and British goods on the back of our national creative endeavour.

"In terms of hard cash, the creative sector, as we have heard, contributed nearly £116 billion to the economy in 2019—a 43% increase since 2010. That was the fastest expansion in the UK economy, and the cultural and entertainment sectors are very much part of it. Even more importantly, more than 2 million people were working in the creative industries and that was growing—up by more than a third since 2011. Thanks to the pandemic, however, all that has changed, especially in this sector.

"According to the Office for National Statistics, the industry saw a reduction of 44.5% in gross value in the three months up to June 2020—disastrous. For those employed in this sector, the future is precarious. As we have heard, many have already pre-emptively left the business, moving into more secure jobs in other sectors, and who can blame them? They are unlikely to return and deliver on their talents. The country is bleeding world-class talent.

"Freelancers continue to struggle, with thousands unable to access Government support packages. We need to address that, which we can do by extending in terms of timescale and eligibility the self-employment income support scheme and the coronavirus job retention scheme. The schemes have been expensive, yes, but they also continue to be necessary, and should continue in the sectors where they are still needed.

"The Government have a positive track record of supporting the culture and entertainment sectors through this pandemic with the £1.57 billion rescue package, which has done a lot of good, but it will not replace the losses. In England, for example, £123 million of grants has been awarded, but the loss in ticket revenue was over £1 billion. For such sectors, nothing can replace opening without restrictions, and I hope that we are able to hold to the dates on the road map.

"The Government must stand ready to support all organisations within the culture and entertainment sectors until they are ready to return at full capacity. We cannot allow this sector to be cut off once more, and we must get that insurance scheme. Give the producers confidence."