SPEECH ON BEER AND PUB TAXATION 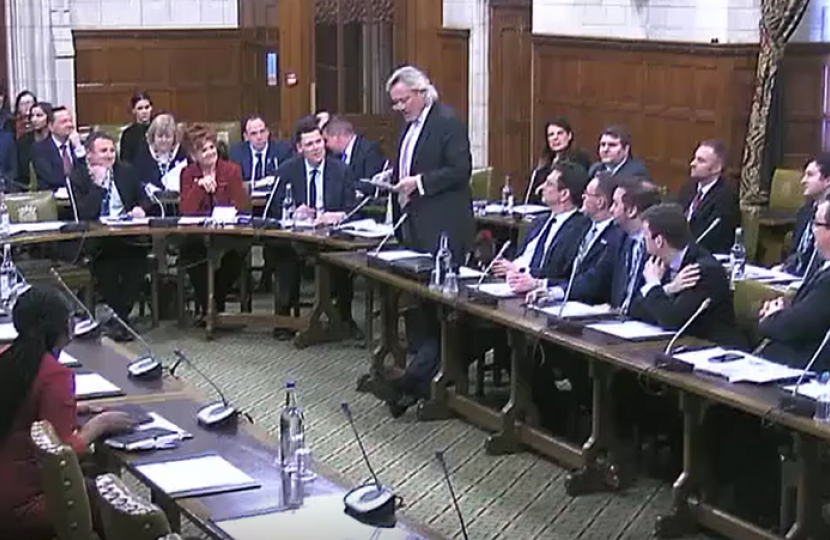 It is an honour to serve under your chairmanship, Mr Gray. I had prepared a speech but will throw it away, as you have 17 speakers; you will be delighted with the speech I will read instead, as it is very short and to the point.

There has been a 0.8% increase in pub numbers, which has led to a 1.6% expansion of employment in the pub industry. That sounds very good, but it is all to do with food and town centres rather than our rural pubs. For 55 years I have been an actor touring the country, and I am known in most pubs across the country. My wife is always amazed when we turn up in some strange town, and I go into the local pub in the wilds of Nottinghamshire or somewhere and the landlord says, “Hello, Giles.”

The pub is a feature of our countryside and it is terribly important to preserve it. There is a little village near the wonderful town of Stratford-upon-Avon. When I first stayed there, 25 or 30 years ago, it had a beautiful pub called The Crown. The community would coalesce in that pub of an evening. The landlord was responsible; if he saw that old Fred in the corner was drinking too much, he would ensure that he was all right, that he could get home, and that he did not drink to his detriment. If Mrs Miggins around the corner had a problem, they would talk about it and look after each other. The pub was a great centre of the community. At that time, the village had a vicar, the pub, the village hall and the local copper. Well, the copper was taken back to Stratford-upon-Avon because there was no crime in the village; everybody looked after each other.

I went back after 20 years or so to work again in the Stratford-upon-Avon area, and I went back to the same village. The pub had closed and been developed into housing. I now found a place where people were no longer talking to each other. The heart had been torn out of the community. It is not about going out and drinking too much, because in that pub everyone was under the watchful gaze of a responsible landlord, who had a very good reason to look after his clientele: he wanted his pub to thrive. However, it had gone and the village had fundamentally died.

People were now buying their cheap supermarket booze, going home and watching their high-definition, widescreen televisions. Who could blame them? The booze is cheaper and the entertainment is superb. If we went back to 405 lines, we would go to the pub again. But no; we have widescreen televisions. People were no longer talking to each other, so people did not trust each other. That is why I support not just a cut in taxes, which we have done—since 2010, a pint is now 14p cheaper than it would have been—but a differential cut, to support our rural pubs, which are the centres of communities right across the country.

Giles Watling, MP for Clacton, has written to the managers of grocery shops across the constituency. The text of his letter can be found below: