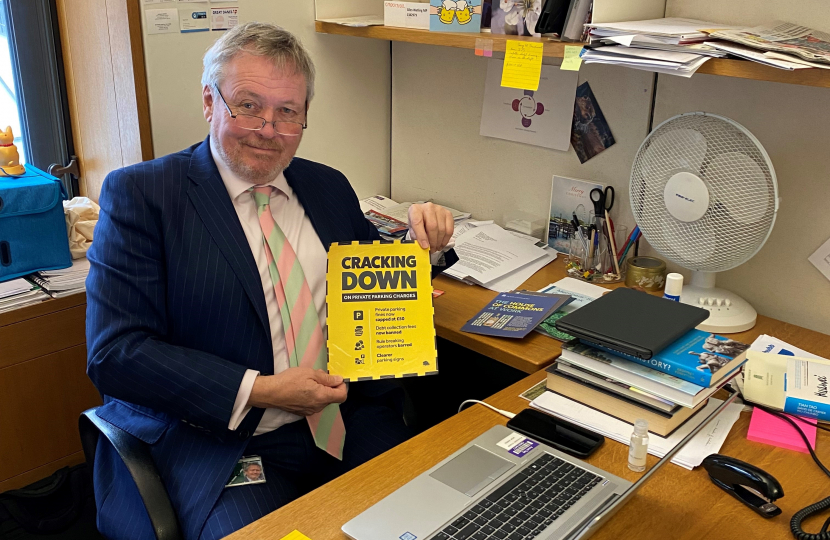 Giles Watling, Member of Parliament for Clacton, has welcomed the new code of parking standards to deal with unreasonable practise towards fines by private car park providers.

The Government’s Parking Code of Practice will see parking fines cut by up to 50% in the majority of cases, saving motorists millions of pounds each year.  The proposals include a maximum cap for parking fines, a 10-minute grace period before a late fine can be issued, and a requirement for parking firms to clearly display pricing and terms and conditions.  In England, outside of London, and in Wales, charges will be reduced from £100 to £70 or £50, depending on the seriousness of the breach.  Private firms which breach the new Code could even be barred from collecting fines from motorists at all.

Giles Watling MP said “At one stage, I was swamped with complaints from people who had been the victim of very sharp and unfair practises from some of these fixed penalty notice agencies.  A number of car parks in Clacton saw people given fines on some terribly murky grounds.  I supported the bill which has led today to this new code, and I am thrilled we are now clamping down on some of these rogues.  I would like to thank all the local people who spoke to me about these issues, as well as the brilliant team at Tendring District Council who assisted our campaign”.