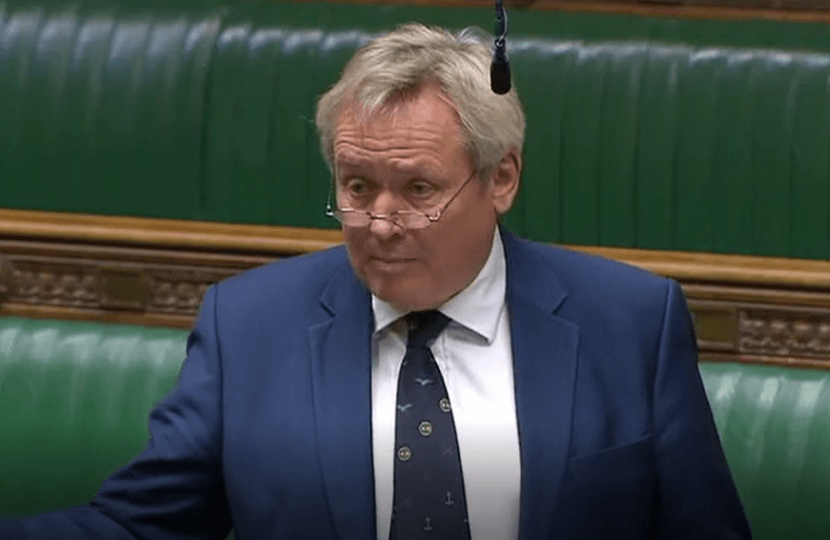 Giles Watling, MP for Clacton, has launched a campaign to tackle elder abuse.

Elder abuse centres on an ‘expectation of trust’ that an older person may rightly establish with another person for their care, but which may be subsequently violated, leading to physical, financial, psychological, and sexual abuse. There are one million victims of elder abuse each year in the UK, but only 0.5% of reported incidents result in a successful criminal conviction.

Following a meeting with a local pensioners action group, TenPAG, Giles is now campaigning to increase sentences for elder abuse. That is why, supported by a cross-party group of MPs, Giles has written to the Law Commission to push for elder abuse to become an aggravated offence. This would make it a requirement for courts to apply a mandatory sentencing uplift, as is already the case for crimes motivated by prejudice based on someone’s race, sexual orientation, religion, or disability. This change will deter would-be abusers, who too often escape with flimsy sentences and trivial fines.

In a letter, co-signed by 20 MPs from political parties across Westminster, he argued that:

“We simply must do more to ensure that those older people who face physical, financial, psychological, and sexual abuse get the justice they deserve…”

The letter, which you can read below, is timed to coincide with the Law Commission’s ongoing review of hate crime legislation. During this review, the Commission will consider whether to make elder abuse an aggravated offence, and the Government has committed itself to introducing their recommendations. Giles has, therefore, asked the Commission to recommend that elder abuse becomes an aggravated offence, as there is strong public support for this change – 96% of respondents to a poll conducted by Action on Elder Abuse back calls for tougher penalties for crimes against older people.

Giles also held an Adjournment Debate on this subject on Tuesday 24th October, to raise awareness of elder abuse and further set out the case for it to become an aggravated offence. In his speech, Giles said:

“To protect those [older people] who are still living in their own homes, as well as older people in care who may be vulnerable, we must introduce a new offence that punishes elder abuse properly, regardless of its location. Making elder abuse an aggravated offence will do that, which means that there will be harsher sentences for perpetrators.”

“We warmly welcome Giles Watling's strong support for our campaign to make abuse of older people an aggravated offence in law. Parliament has ignored this issue for too long and it is therefore hugely beneficial for so many frail, vulnerable older people that Giles has stepped forward on this issue.

“Despite around a million older people suffering some form of abuse each year in the UK, less than 0.5% of these crimes result in a conviction. Even then, we too often see perpetrators getting soft sentences and paltry fines.

“This denies victims and their families true justice, which is why we need new legislation to empower the courts to apply mandatory sentencing uplifts, in exactly the same way as is already the case for hate crimes based on race, religion, sexuality or disability.”

Speaking about the campaign, Giles said:

“The subject of elder abuse has been overlooked for too long. 32.4% of residents in the Clacton constituency are aged over 65, and we must do more to protect them and all of the vulnerable older people nationally. Therefore, we must beef up sentences and deter would be abusers. We can do that now – if the Law Commission recommends this change.

“Aggravated offences are currently utilised when sentencing for crimes motivated by prejudice based on someone’s race, sexual orientation, religion, or disability, so why not age? It is time change this anomaly in the law and properly protect victims. I hope that the Government and Law Commission will agree with me that such change is needed now.”