GILES CALLING ON LOCAL FILMMAKERS TO FILM THE HOUSE 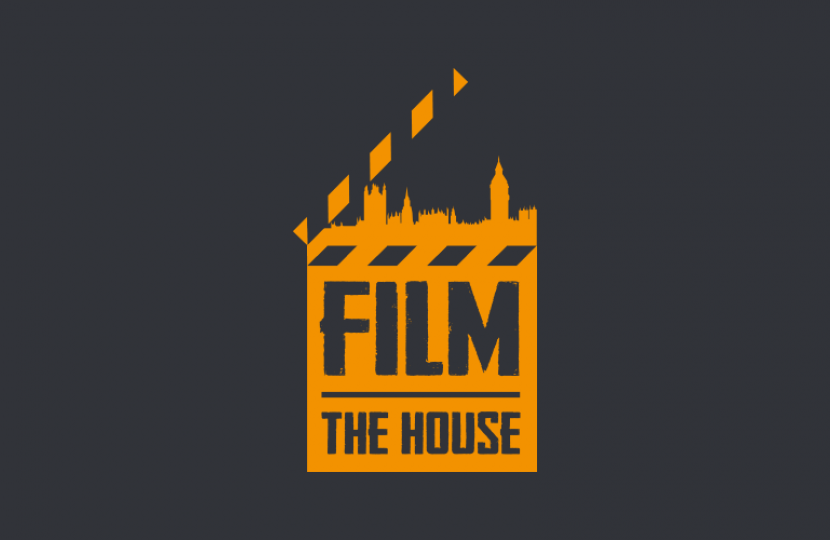 Giles Watling, MP for Clacton, is calling on local filmmakers to participate in ‘Film the House’ – a Parliamentary-based film and scriptwriting competition for student and independent filmmakers based in the UK.

Film the House was launched as a fun way to educate Parliamentarians and young people about the importance of the creative industries to the UK economy and the many ways in which we can nurture and protect our creative industries. Together with partner competition, Rock the House, it is now one of Parliament’s largest competitions, and is just one of a number of initiatives that is aimed at significantly raising awareness of the need to protect creativity and copyright by bringing together young filmmakers and Parliamentarians.

The scheme is also intended to showcase the ‘best’ film makers and script writers across the UK – with particular emphasis on young participants and people who have not, yet, been noticed and realised their potential. Additionally, participants will meet their local MP and learn a little more about how ‘Parliament in Westminster’ works.

Entries are submitted to your local MP who will do the first round of judging, so the competition gives Parliamentarians an opportunity to engage with a grass-roots creative demographic, whilst providing the creative community with a vehicle through which to communicate their issues to legislators.

The closing date for entries is 30th September 2018, and further information about the scheme can be found here: http://filmthehouse.co.uk/

“Film the House is a brilliant scheme, which does so much to educate young people about the creative industries. These industries are so important to our economy, so I hope that local filmmakers in the Clacton constituency will take up this opportunity and represent our area.”