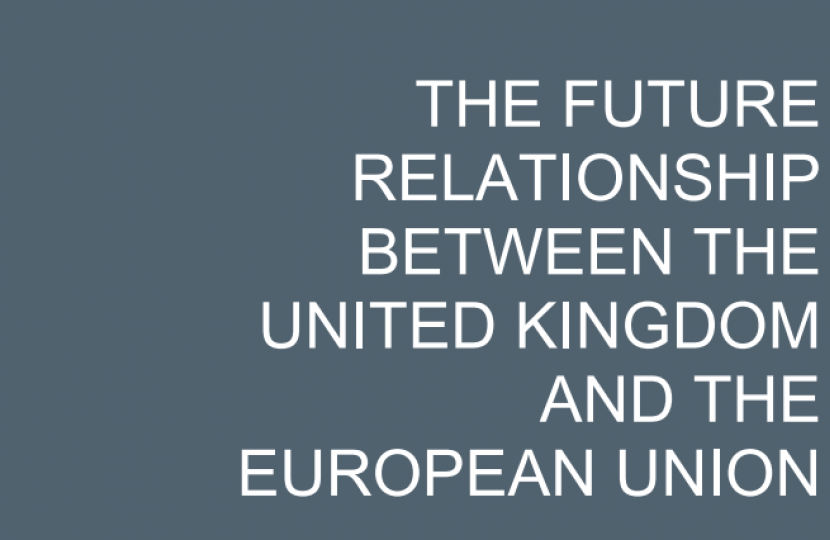 Firstly, I would like to say that I fully appreciate my constituents concerns about the Prime Minister’s plan for the UK’s future relationship with the EU, and I hope to be able to address those concerns in this statement.

As 70% of my constituents voted for Brexit, I am clear that we must deliver on what the majority of the people of Clacton wanted, and we will be leaving the EU on 29th March 2019.

But, as we leave, we must ensure that we come to an agreement with the EU – as 45% of our exports, worth £275 billion, goes to our European partners, no deal is not an acceptable outcome. Nonetheless, this is becoming more likely because negotiations have become bogged down. So, we must move them on, and the Chequers agreement provided fresh impetus for these negotiations.

The Government has now worked with Eurosceptic MPs to adapt its position, and I supported these changes. Moreover, contrary to reports in the press, this amended agreement honours the result of the referendum, while also ensuring that we meet our commitments in the 2017 General Election manifesto to:

I have no doubt that this agreement delivers on those pledges, and while it may not be 100% of what we all want straight away, it is better than no deal, and it represents the next big step to becoming the global Britain we need to be. And as the Government’s position continues to develop, I will, of course, bear the views of my constituents in mind.

Finally, I was clear with the Prime Minister, during a private meeting with her on 18th July, that this agreement should be a final offer to the EU – it should not be a starting point for further concessions.

Regarding the leadership of the Conservative Party, I fully support Theresa May as our Prime Minster, and I believe it is vital that we demonstrate strength and continuity at this time. A leadership battle now would only weaken us in the eyes of our opponents.