SPEECH ON THE FUR TRADE 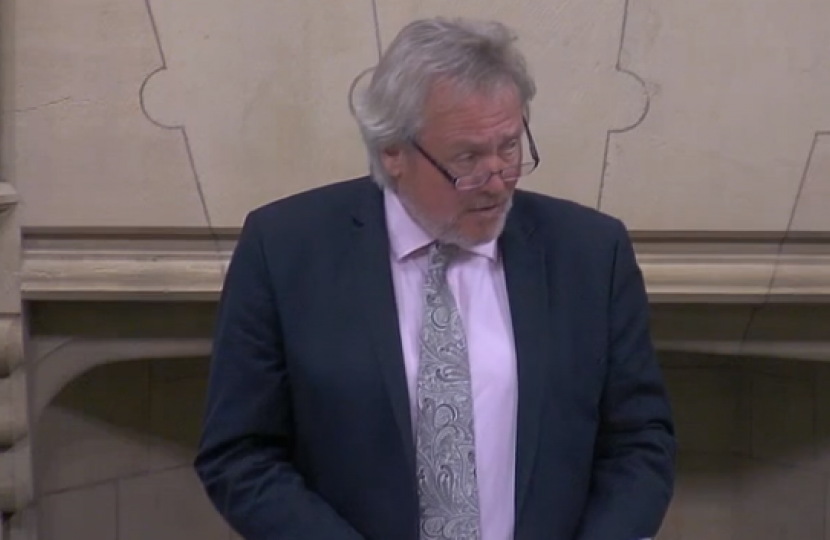 It is a great honour to serve under your chairmanship, Mr Hollobone. I congratulate the hon. Member for Cambridge (Daniel Zeichner) on introducing this important debate. It is a great honour to stand here and represent the 177 people from my constituency who signed the petition and who, like me, believe that a ban on the sale of animal fur in this country needs to be implemented soon.

Although the Government are rightly recognised as a world leader in promoting animal welfare standards, we must ensure that they have no blind spot on this issue. ​There remains a significant and, as has been said, sustained demand for fur trade products in this country. Thanks to that demand, fur imports exceeded £55.6 million in 2016. As an animal lover, I believe that should concern us all, since those products are the direct result of shameful animal welfare practices elsewhere in the world. Around 85% of those products come from foreign fur farms where animals are intensively reared in battery cage systems and where conditions are as bad as, or even worse than, the fur farms we once saw and eventually outlawed in this country.

I have some chilling words from People for the Ethical Treatment of Animals, which says that animals are packed into:

“unbearably small cages, preventing them from taking more than a few steps in any direction or doing anything that is natural and important to them, such as running, swimming, making nests, and finding mates. Many animals go insane under these conditions. The anguish and frustration of life in a cage leads many animals to self-mutilate, biting at their skin, tail, and feet; frantically pace and circle endlessly; and even cannibalize their cagemates.”

Even though we should celebrate our world-leading ban on fur farming here in this country, it seems that, as the hon. Member for Cambridge suggested, we have only outsourced this form of animal cruelty. That is why I believe that an import ban should be put in place. I recognise that the Minister might not agree with me, as the Government’s position is to pursue international animal welfare standards and to phase out cruel farming and trapping practices, rather than introducing the ban, which is seen as less effective.

However, although I see the merit in that global approach, and I accept that the ban would not be a silver bullet for animal welfare—the practice will continue in other countries—I do not believe that it is right for our country to remain open to these products. Moreover, I am concerned that the Government’s position relies on the full co-operation of the industry to implement these improvements. Such co-operation has not been forthcoming in the past when, even in the face of intense criticism and public opposition, the industry responded by introducing questionable animal welfare improvement schemes, which only pay lip service to the idea, rather than address the fundamental inadequacies of the battery cage system.

I do not believe that co-operation will be forthcoming in the future, either. This is a profit-driven industry, and behaviour will be slow to change. By waiting for that to happen, we only prolong our role in supporting and enabling these dreadful animal welfare practices. That is not in keeping with our British values.

With that in mind, I ask the Government to use Brexit not to maintain but to improve on the shockingly weak EU regulations on the import of furs and skins. We have heard that there are countries inside the EU that carry out these appalling practices. The ban should be extended to all animal fur products after our exit. In that regard, Brexit presents us with a positive opportunity: not only to deliver the Brexit that my constituents in Clacton voted for, but to ensure that our laws truly project our British values.

As I have sought to demonstrate, there are significant animal welfare grounds for introducing a ban. I know that point is important, because the Minister has stated previously that any further restrictions on the importing and sale of fur and fur products after we leave the EU will be based on protection of animal welfare. ​Therefore, as we move forward, I ask the Government to consider the animal welfare issues that I have raised today. I also ask that colleagues—this has been mentioned already—do not see this as a party political issue. There is clearly a significant animal welfare cost from this industry, and we should look to change that together, because although we might not see that cost in this country, that does not mean that we should be turning a blind eye to it elsewhere.

I ask the Government to bear it in mind that more than 69% of the public would support a ban—according to figures from Humane Society International—as would the 400,000 or 500,000 people who have already backed this proposal across, I think, two petitions. I am sure that colleagues here today have had emails from many active supporters—I know they have been emailing me—to ask us to support a ban. That is a further demonstration of the public support for a ban.

I am clear that we must work together to stop the flow of fur trade products into this country. Those products are the result of terrible and sustained animal welfare abuses. Our involvement in this industry as a consumer does not reflect the values of modern Britain. As has been touched on, we will surely hear in the main Chamber today that tusks belong on an elephant, but we should also hear that fur belongs on the back of an animal. I therefore ask the Minister seriously to consider implementing what would be a very popular ban.