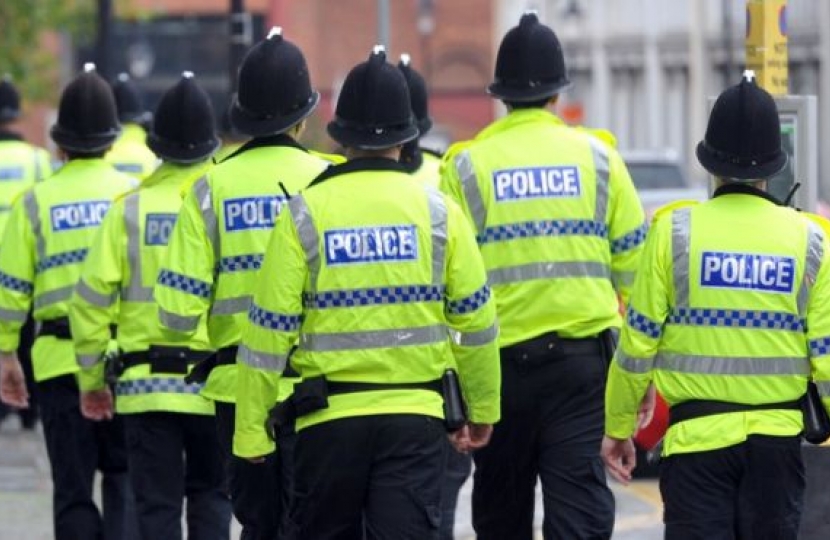 Giles Watling, MP for Clacton, is promoting the Policing Precept Survey, which has been launched by the Police, Fire and Crime Commissioner for Essex, Roger Hirst.

Following a campaign Giles ran in the last Parliament, Essex Police have been able to rebuild their resources, with 150 extra officers recruited and deployed in 2018-19. A further 218 are currently being recruited and this extra strength is going predominantly into local policing, with new Town Centre Teams, to tackle ASB, an increase to the Rural Engagement Team, and the introduction of 21 extra Children and Young People Officers. In the Clacton constituency, there are now more than 30 new officers working locally than there were before the 2017 General Election.

Combined with the 135 officers being funded by the Government, as part of the first wave of the 20,000 extra officers nationally, this means that Essex Police will be recruiting 503 officers by April 2021. Taking into account recent investments in technology and improved efficiency, this will make Essex Police as strong as it has ever been. And in the most recent inspection, Essex Police were found to be ‘good’, with further improvements expected.

Over the last two years, Police, Fire and Crime Commissioner for Essex, Roger Hirst, has carried out surveys asking whether or not residents will pay more to increase investment in policing in Essex. Last year, 4187 people completed the survey and 71% of people who responded said they would be prepared to investment more to help improve police services.

And prior to setting the precept for 2020-21, Mr Hirst is once again asking for residents’ views to help inform his approach. The survey was launched on 12th December 2019 and will run until 12th January 2020.

The survey can be accessed here: https://www.essex.pfcc.police.uk/policing-precept-survey-2019/

Hard copies of the survey are available by contacting:

Speaking about the survey, Giles said:

“I am proud of what has been achieved since I was elected in 2017. We have more police now that before that election and Essex Police continues to grow and become more efficient. I thank Roger for that, and I know he has been a strong advocate for increasing funding from the Government. The issue of policing was raised regularly with me on the doorstep during the election, and I will, of course, continue to work to secure more police officers in our local area. But this survey is your chance to get involved and I would encourage everyone to participate.”