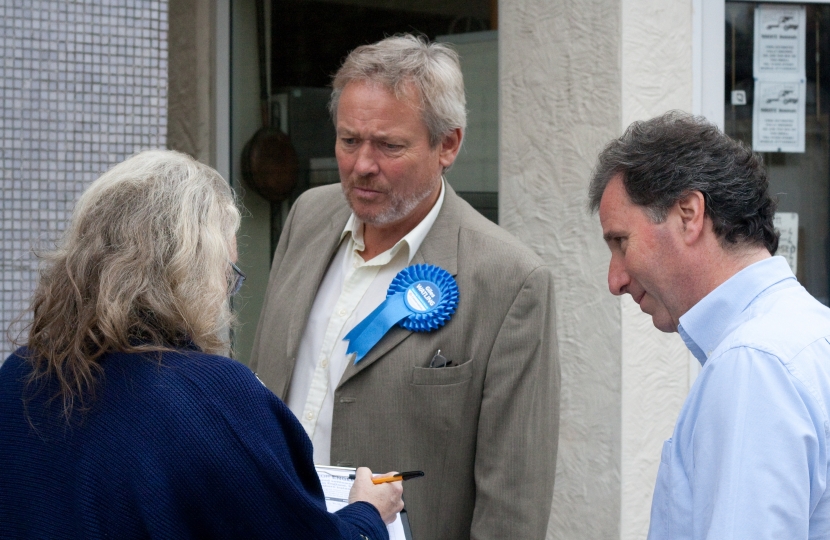 A Government Minister has been in Walton-on-the-Naze to back a call for ‘English votes for English laws’ by Giles Watling.

Oliver Letwin MP, Minister of State at the Cabinet Office, joined the Clacton Conservative candidate on High Street to ask shoppers to sign a petition on the issue.

The petition set up by Giles, supports Conservative Party proposals to ensure legislation at Westminster affecting solely England is only voted on by English MPs.

Currently MPs representing countries within the UK which enjoy devolved powers are still allowed to vote on laws exclusive to English residents.

Giles said: “I was delighted to have Oliver join me in Walton to help gain backing for this essential campaign and I am glad to say we saw lots of support on High Street.

“As a local councillor in Frinton for nearly eight years I know first-hand the importance of democracy and our current system in Westminister is unfair on English voters.

“Labour seems to oppose English votes for English laws, so it's only the Conservatives that can deliver this important change in the next Parliament."