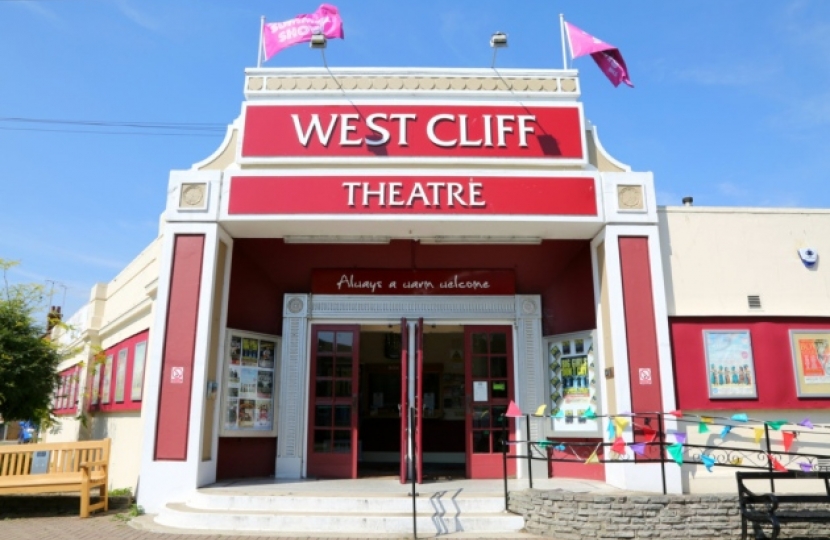 Giles Watling, MP for Clacton, has warmly welcomed the announcement of a £1.57bn rescue package for theatres, along with other arts and cultural venues.

Through this scheme, thousands of organisations across a range of sectors, including the performing arts and theatres, heritage, historic palaces, museums, galleries, live music and independent cinema, will be able to access emergency grants and loans. This new money, which represents the biggest ever one-off investment in UK culture, will provide a lifeline to vital cultural and heritage organisations across the country hit hard by the pandemic. It will help them stay afloat while their doors are closed. Funding to restart paused projects will also help support employment, including freelancers working in these sectors.

Before the outbreak, the arts and culture industry contributed £10.8bn a year to the UK economy, and £2.8bn a year to the Treasury via taxation. This new rescue package protects that financial contribution and the future of these multi-billion-pound industries.

For theatres specifically, job losses caused by the outbreak were expected to total 200,000 and venues have already begun to close across the country. This presents major risks to towns and cities around the UK where investment in venues and jobs has led to regional powerhouses of production, including regional strength for the sector in North East, Manchester, Midlands. Moreover, theatre closures risk a loss in VAT payments – estimated at over £130m for West End theatres alone – and have a wider impact on local hospitality and related businesses.

Before his election to Parliament, Giles worked in theatres across the country and ran the Summer Theatre in Frinton-on-Sea until 1982. As Chair of the All-Party Parliamentary Group on Theatre, which he formed last year, Giles has been at the forefront of efforts to secure this rescue package. These efforts centred on constructive conversations with the Chancellor of the Exchequer, and the Secretary of State for Digital, Culture, Media and Sport on this matter. In June, Giles also coordinated a cross party letter to the Prime Minister to seek further support for theatres, which was supported by 158 Parliamentarians from both Houses.

Speaking about this funding, Giles said:

“The APPG have been lobbying the Government relentlessly throughout this outbreak for a rescue package to save our theatres. So, I warmly welcome this generous new funding scheme, which will do so much to protect theatres up and down the country.

“This is a truly national issue and one that it is even more urgent for theatres outside London. Our West End theatres are struggling yes, but I believe they will ultimately survive and attract new investment quicker than our smaller local venues, which are the grassroots through which our world leading talent rises.  That is why I have always been most worried about our regional theatres – our wonderful Westcliff and Princes theatres for example. If these venues collapse, evidence shows that people are less likely to go the theatre at all, even in an area like ours with relatively easy access to alternative venues. That would be truly detrimental to us as a nation.

“This funding will protect those regional venues and hundreds of thousands of jobs. It will also ensure that the theatre powerhouses, which have been flourishing in the North East and Midlands, will be able to continue delivering the world class productions we expect. This will also bring new opportunities to these areas. Of course, this new funding also means that, when things do return to normal, theatres will be well placed to continue making significant contributions to our economy. A contribution that far exceeds the value of this one-time intervention from the Government.

“I know from my own experience that we do truly lead in this area, and from the time of Shakespeare world class theatrical productions have come naturally to us as a nation, and we have benefitted from that economically, culturally and socially. I am delighted that the Government has stepped in to save our theatres and all the benefits they bring. Ministers said they would not let the arts down, and this massive investment proves their level of commitment.”

Giles Watling, MP for Clacton, welcomes the Prime Minister's ten-point plan to bring about a green industrial revolution, creating 250,000 jobs and helping us to build back better and greener after coronavirus.