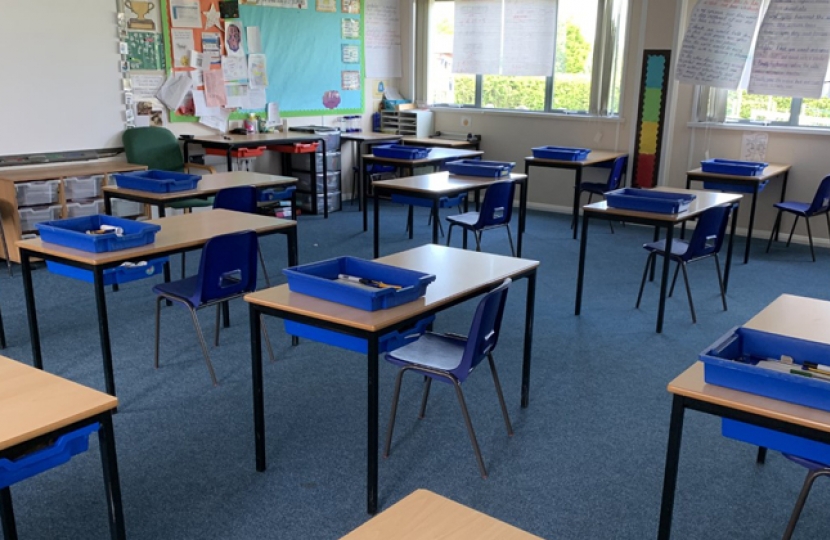 Giles Watling, MP for Clacton, has welcomed the announcement from Academies Enterprise Trust (AET) that they have offered to pause their restructure at Tendring Technology College (TTC).

The proposed restructuring at TTC led to concerns from staff, parents, and students, which have been communicated to Giles in recent days. Prompted by this unease, Giles engaged with the leadership at AET, TTC, Essex County Council, and representatives from the National Education Union (NEU). Giles also wrote to the Regional Schools Commissioner, to urge her to review the state of AET, whilst also making the Minister for Schools and Ofsted are aware of the issues.

Working through Advisory, Conciliation and Arbitration Service (ACAS), AET have now offered to pause the current restructure at TTC, ahead of a full review of proposals by incoming AET Chief Executive, Rebecca Boomer-Clark, in the coming weeks.

A spokesman for AET said:

“We have communicated our offer to pause to the unions and ACAS yesterday, and we very much hope that the unions will now respond in kind and call off any further planned strikes after the half-term break. We feel as though progress is being made towards a resolution and further ACAS talks are being arranged for early next week.

“This past year has been hugely disruptive to everyone, and what matters now is getting students back into school and learning. We know that students have had an extremely difficult time over the past few months, and we want to make sure we are doing absolutely everything to support them, their mental health, and their wellbeing.

“Throughout the whole process we have sought to engage constructively with the unions, listening to the requests from members but we recognise that we need to take a fresh look at the proposals and take more time to listen and discuss the proposals with staff and parents.”

“This has been a concerning time for staff, students, and parents at TTC and I share those concerns. I thank AET and the NEU for continuing their discussions through ACAS and I hope that this offer will lead to a successful de-escalation of the situation.

“As I have said before, the priority here must be to get students into school, especially after such a disruptive year, and to get this school back to ‘outstanding’. I would encourage both sides to keep that in mind throughout the upcoming discussions on this matter. Whatever happens, we must avoid further strikes, which will have such a detrimental impact on students, and I hope this offer from AET negates those in the future.”