GILES STANDS UP FOR JAYWICK 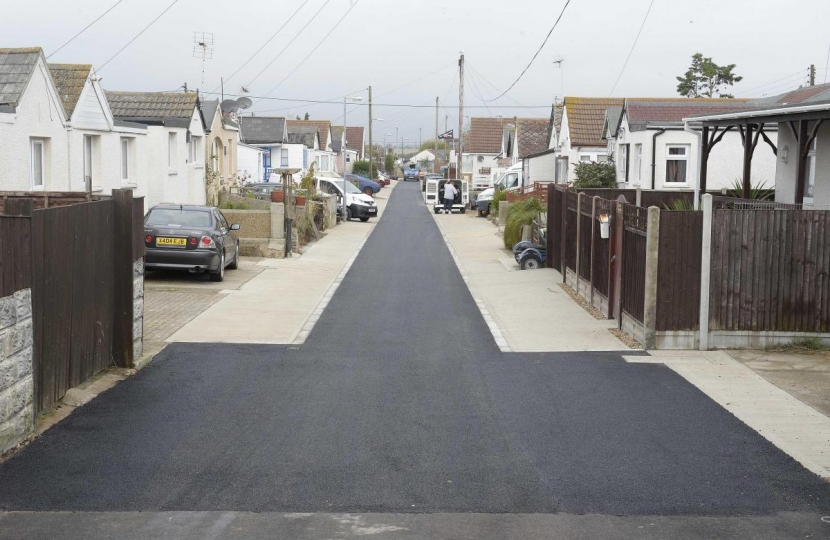 Giles Watling, Member of Parliament for Clacton, has spoken about his support for the residents of Jaywick.

“Jaywick has certainly been in the news lately, thanks to the unfortunate (and outdated) choice of imagery by Dr Nick Stella in his campaign material, and the visit of the UN Special Rapporteur, Professor Philip Alston, during his examination of poverty in this country – even though there are one million fewer people in absolute poverty under this Government.

"Now, despite what some may think, I could not be any more enthusiastic and optimistic about Jaywick and its future. It is an area of truly outstanding natural beauty, and the people there have a lot offer – not least because of their strong sense of local community. I truly want to see this area thrive.

"But if we are going to address the deprivation we see in Jaywick, and we must do this, we need to understand the underlying causes. The deprivation in Jaywick was last measured by the Government in 2015. During this analysis, several different factors of deprivation were considered together – I will expand on these below – and it is from this analysis that we get the anecdote that Jaywick is the “most deprived ward in the country.” Although, this has been the case for some time, under successive Governments, of all parties. In fact, the communities of Brooklands and Grasslands in Jaywick are victims of history, having originally been built purely as a holiday venue, with chalets never intended for permanent accommodation. Over the years, people have moved in and this has contributed to the deprivation we are seeing now.

"If we look closer at the analysis conducted in 2015, we will see that Jaywick scored badly for employment, education, skills, and income. To correct this, I believe that we need to deliver better education opportunities to help people there enter and progress in employment – work is, after all, the best route out of poverty. I will, therefore, be looking to the Council and the Government to deliver more effective education opportunities, so everyone, especially younger residents, can get into work. Encouragingly, the number of younger welfare claimants in our constituency has fallen in the last year, because they have entered employment. And bear in mind, there are a record number of people currently in work, so there are certainly opportunities for residents in Jaywick, and we must ensure that they are in the best position to exploit them.

"Moreover, thanks to measures introduced by this Government, those who are in work will take home more of what they earn. We have recently seen a tax cut for thirty-two million people, and nearly four million of the lowest paid have been lifted out of income tax altogether. Likewise, those on in work benefits, such as Universal Credit, will take home more of their income, because of the policies announced in the Budget. So, Universal Credit strengthens incentives to work, by helping people keep more of what they earn, and I know from Jobcentre Staff that it has been well received in our area.

"So, I expect to see the quality of employment, education, skills, and take-home income, all improve in Jaywick.

"However, Jaywick also scores badly for barriers to housing and services, and for crime rates. We are fixing this now. The council are pushing for new sustainable housing development, this includes ten new homes that are currently under development. Further to this, the council has bought sixty hectares of land for further development. Clacton Hospital is also about to start a £14.7m redevelopment, thanks to funding from the Government announced this year. At the same time, following my campaign in Parliament to secure additional funding for the police by removing the cap on the police precept, we will soon be welcoming twelve new police officers to our area. This will help address crime across Tendring, and I understand that further investment is planned.

"Again, thanks to these positive developments, I expect to see both housing and services, and crime rates improve in Jaywick in the coming years.

"Infrastructure is also crucial to Jaywick’s recovery. The poor roads and drains in the area were a problem for residents for many years. More than £6.5 million has been spent to build new road surfaces and street drainage in thirty-one of area’s roads, benefitting residents and visitors alike.

"So, while I accept that Jaywick does have its problems, I would gently make the point that deprivation there was last analysed in 2015 and won’t be analysed again until 2020. In that time frame, we have already done good work to address the factors that cause deprivation and I will ensure that more is delivered over the next two years. As such, I have no doubt that the subsequent analysis of deprivation in Jaywick will show that the area is very much on the up.”