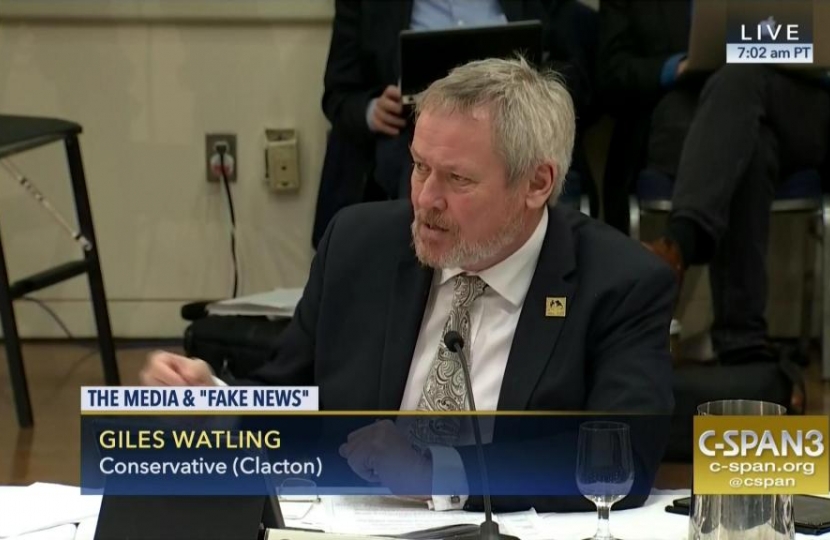 Giles Watling, MP for Clacton, has been re-elected to the Digital, Culture, Media and Sport Select Committee, which played a key role in the previous Parliament.

The Committee has previously investigated disinformation and ‘fake news’, the administration of Football Clubs, combatting doping in sport, live music, immersive and addictive technologies, and the social impact of participation in culture and sport inquiry.

Giles served on the Committee in the 2017-19 Parliament. But, as all Committees were disbanded prior to the General Election, he had to seek re-election amongst his Conservative colleagues on 4th February 2020.

More information about the Committee can be found here: https://www.parliament.uk/business/committees/committees-a-z/commons-select/digital-culture-media-and-sport-committee/

“I thoroughly enjoyed and learnt a lot from my time on the Committee in the last Parliament, and I am delighted to have been re-elected by my colleagues. This Committee has covered a lot of ground and dealt with some of the most prominent issues of our times, I have no doubt that will continue.

But, as always given my showbiz background, I will be seeking to promote discussions around culture, which often seem to fall by wayside against issues in the sporting and digital worlds. The UK has a strong cultural offering, that we need to protect and enhance, especially in this post-Brexit world.”