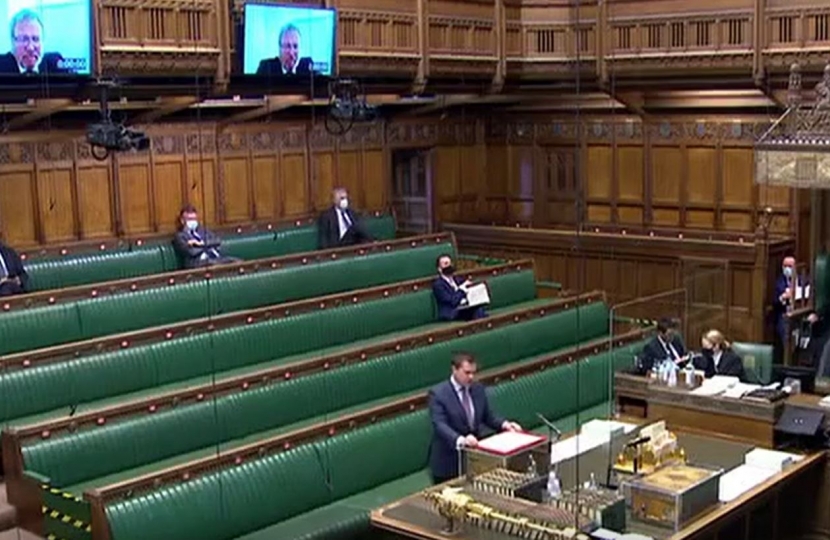 Giles Watling, MP for Clacton, has questioned Ministers from the Ministry of Housing, Communities and Local Government on the investment in local infrastructure. This took place during at MHCLG Questions on 19th April 2021, the transcript of which is below:

“What plans he has to increase investment in local infrastructure."

“Infrastructure underpins our economy and improves people’s everyday lives. Over the next five years, the Government plan to deliver over £600 billion in public investment, the highest sustained level since the 1970s as a proportion of GDP. My Department is playing a leading role in that mission by making the biggest changes in the way we support local economic growth in a decade, with around £5 billion of investment through the levelling-up fund and community renewal fund, and our ongoing investment through the £3.6 billion towns fund. At the same time, we are reforming our planning system to build more homes, and ensuring that developers pay their fair share through a simpler, faster and more transparent infrastructure levy."

“I thank my right hon. Friend for his earlier answer. Back in 2017, a £200 million funding gap was identified for infrastructure projects in Tendring. As the Secretary of State knows, there is ongoing work to address areas of greatest need, such as roads, hospitals and a personal campaign of mine to upgrade rail services to Clacton and Walton, but our most significant funding gap, as we look to deliver new housing, remains the reported £100 million hole in our adult social care budget. What is my right hon. Friend’s Department doing to address that?"

“I thank my hon. Friend for his question. This year, local councils will have access to an additional £1 billion for social care, on top of continuing all existing social care funding. He is right to raise the point that new housing requires new social infrastructure as much as it does hard infrastructure, in terms of roads and railways. That is why we are bringing forward the infrastructure levy, which will capture more of the land value uplift and ensure that developers pay a fair share. It is also why we are working with local authorities, including Essex County Council, to ensure that they can access the housing infrastructure fund and our new house building fund to get billions of pounds of investment into their communities."

Giles Watling, MP for Clacton, has hailed the opening of a “valuable” new Local Test Site at the Alton Park Road Car Park in Clacton (CO15 1ED). The decision was announced in a letter from Lord Bethell, Minister for Innovation at the Department of Health and Social Care.