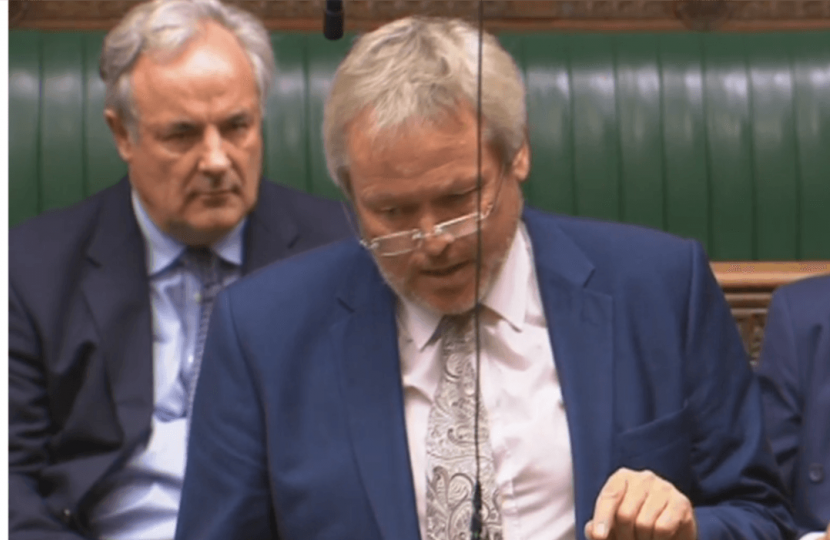 Giles Watling, Member of Parliament for Clacton, leads the campaign across Essex to remove the cap on the police precept.

Police forces across the country have two streams of funding; central government funding and council tax precept for policing. The maximum amount that the policing precept can be increased without a referendum is 2%. Giles raised the issue previously in the House asking if the Home Secretary would consider lifting the current 2% cap on any precept increase without the need for a referendum.

Giles followed his question on the floor of the House with a letter, signed by eleven other Essex MP’s asking to meet with him to discuss this proposal

The letter, sent to Nick Hurd MP, Minister of State for Policing and the Fire Service on the 23rd October, sets out the financial challenges currently faced by Essex Police and the challenges the policing precept cap presents. The letter also states that support of this proposal comes not just from MP’s but also councillors, Police and Crime Commissioner and the public.

“I am absolutely delighted that Essex MP’s are supporting the idea of removing the police precept cap a measure I think essential to fight the serious imbalance that is developing on policing in our county. My Parliamentary colleagues from across Essex are keen to sit down with Minister, just as I am, to see if a pragmatic solution can be found that will see increased funding for Essex Police. Increased funding will see additional police officers on the front line tackling and preventing crime across the streets of Essex."