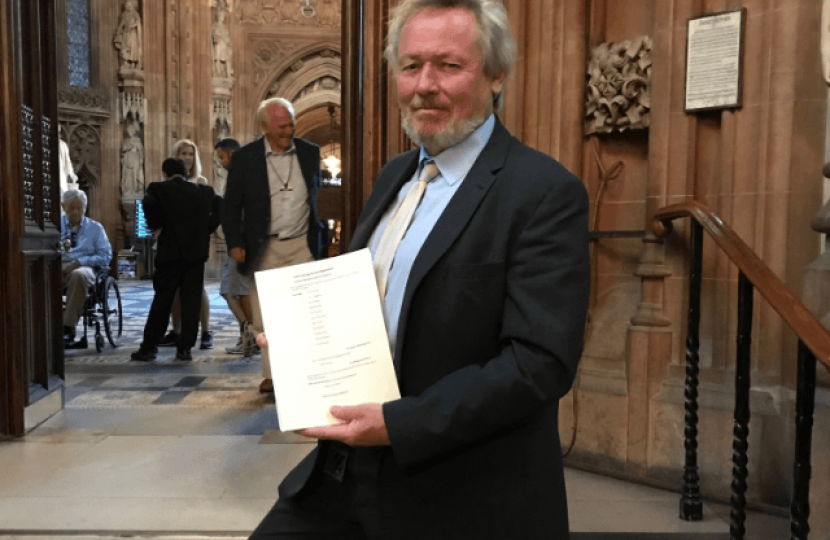 Giles Watling, MP for Clacton, has today (17th July) introduced the Anti-Loitering Devices (Regulation) Bill, which will control the use of sonic anti-loitering devices, more commonly known as mosquitos.

Mosquito devices are designed to prevent anti-social behaviour, by emitting an annoying sound that can, according to the manufacturer, only be heard by people under the age of twenty-five. This is intended to stop young people from congregating in areas where anti-social behaviour is common, and there are currently thousands of these devices nationally. However, Giles has several concerns about their use, because:

Given these concerns, Giles has introduced the Anti-Loitering Devices (Regulation) Bill, with cross-party support. This Bill will prevent the use of these devices without an appropriate licence, and licences will be administered by the relevant local authority, who will undertake the necessary due diligence and determine whether there is both a public need and a guarantee of public safety, before any of these devices are installed. This Bill will also ensure that local authorities take account of people who may be inadvertently affected by these devices, like residents who have no say when their neighbour decides to put up a device.

Moreover, this Bill will introduce a quicker resolution mechanism for noise complaints associated with these devices. Currently, the only method of redress is to hope for a cooperative neighbour, or to complain to the local Environmental Health office. But this may not produce the desired results quickly, or at all, and Giles does not believe it is fair for members of the public to be exposed to these devices without adequate personal control.

Mosquito devices have recently been installed, on trial, in Walton-on-the-Naze, following a spate of arson attacks on beach huts. While Giles supports this decision, as these are commercial products, meaning that it is for the purchaser to gauge their effectiveness, he has received several complaints, and believes that because these devices are potentially dangerous their use should be better regulated.

“While I appreciate that there are some instances where they could be used – warehouses, business premises, railway lines, industrial estates, and electricity pylons for example (places where people shouldn’t be in the first place) – they must be used responsibly. I also recognise that anti-social behaviour is a national problem, which has unfortunately impacted on our local area. But these devices are not the answer – they are discriminatory and ineffective.

“Moreover, we simply do not know how these devices impact on those who can, or cannot, hear them, and given that there is a suggestion they adversely affect our health, it is right that their use is controlled.

“The regulation of these devices is firmly in the public interest and I am pleased that my Parliamentary colleagues agreed with me that this Bill should make progress today.”