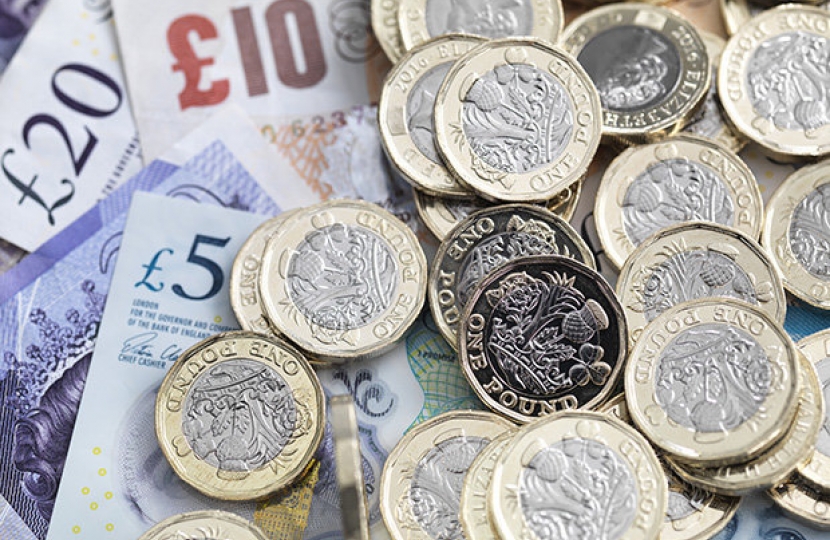 Giles Watling, MP for Clacton, has joined a cross-party group of MPs to campaign for justice for HSBC employees whose pensions have been unfairly reduced by up to £2,500 per year.

Giles. was one of a number of parliamentarians who met last week (Wednesday 21st November) to demand justice for the over 50,000 current and former employees of HSBC and previously the Midland Bank who have had their pensions reduced upon retirement through a process known as ‘clawback’. This is an outdated practice whereby a company cuts an employee’s work pension on the grounds that they will also receive a state pension.

The newly-formed All-Party Parliamentary Group is calling on HSBC to compensate those affected and for the company’s Chief Executive to attend the group’s next meeting and answer questions from MPs. The campaign is also being supported by Unite the Union.

“Clawback disproportionately favours the highest paid and penalises those employees on low incomes, who are mostly women in this case. A worker with a gross pension of around £3,500 can lose a shocking 30 per cent of their pension income through clawback, whilst a senior manager on £75k a year would lose just 3 per cent.

“It is a disgrace that due to poor communication by HSBC and Midland Bank, most employees affected by clawback were not aware that it would apply to them until they hit retirement. I and other MPs are calling for HSBC to halt this practice and make amends to those affected by it.”

“There is real anger that a bank making billions of pounds a year is depriving long term and loyal former employees of the pensions they have worked so hard to earn. There is a moral imperative for them to reverse this policy now.”

Sharon McGeough-Adams, who worked for Midland Bank/HSBC for 37 years and now helps to coordinate the Midland Clawback Campaign group, said:

"Clawback was never communicated to us in a clear and consistent manner. It was further confused by calling it a ‘state deduction’, even though it has nothing to do with the state or ‘contracting out’. Now many of the lowest paid workers, mainly women, have been plunged into financial hardship.

“Clawback is an outdated, unfair and discriminatory practice that does not belong in the 21st century. The vast majority of employers recognise this, and a wealthy bank like HSBC could readily afford to remove it.”