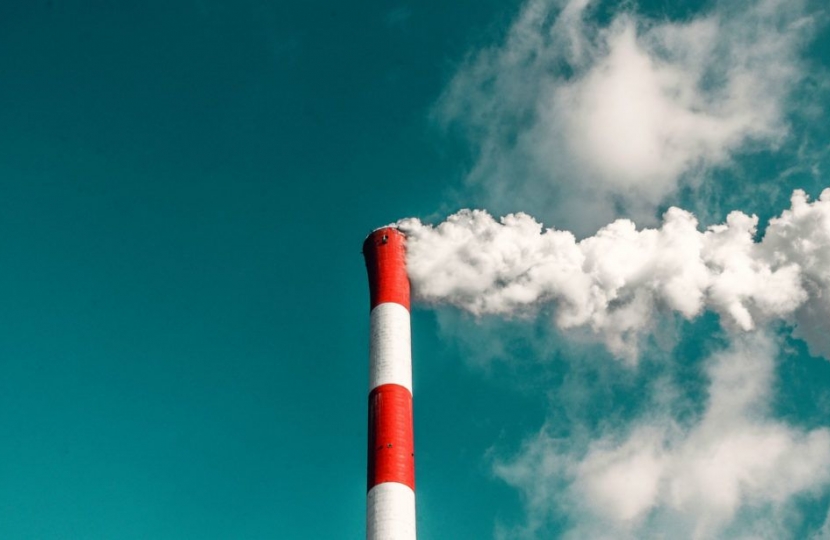 Prior to the event, Giles added his name to a cross-party letter calling on the Prime Minister to back a UK net zero emissions target before 2050 – over 200 Parliamentarians have now signed the letter.

The UK has managed to reduce its greenhouse gas emissions by 43% since 1990 whilst the economy has grown by 70%. However, the increase in the global temperature can only be stopped when the world reaches net zero carbon emissions. According to the latest report by the United Nations climate experts, the IPCC, the world needs to reach net zero emissions by 2050 to have any chance of meeting the target of preventing warming above 1.5C above pre-industrial levels, a target enshrined in the historic Paris Agreement.

The IPCC also says that warming above 1.5C will be highly damaging, with more powerful storms, increased sea level rise, more forest fires, floods and drought. The UN body says it is technically feasible to achieve net zero emissions, but it now requires an unprecedented level of political ambition – and that is what Giles has committed himself to.

“I wholeheartedly support all the Parliamentarians calling for a new legally binding target of net zero emissions in the UK, to be achieved before 2050. Like the Climate Change Act ten years ago, politicians are coming together once again from across parties, putting aside their differences on many issues, to take action to protect our country, our planet, our future.”

“It is wonderful to have the support of Giles for a law to achieve net zero emissions before 2050. It is this kind of visionary leadership that we need to tackle the climate crisis. We owe it to future generations to leave a world where people and nature can thrive. UK support for net zero emissions legislation can inspire the world to follow our lead.”

“Climate change is the greatest long term threat we face. But there is hope. If we reach net zero emissions before 2050 we can end the UK’s contribution to climate change. This event with Lily Cole shows the breadth of support for increased climate ambition, and it is fantastic to be a part of such momentous and unified voice for change.”