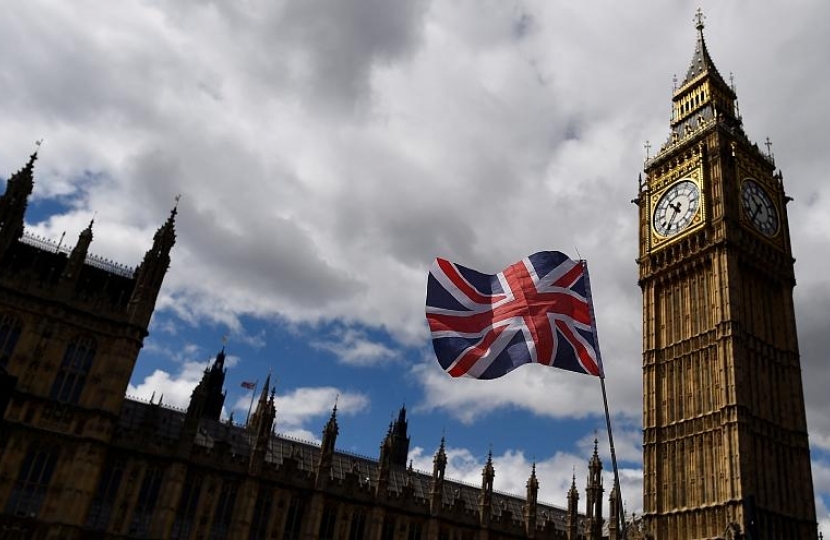 This remains a fluid situation and there are several possible outcomes to the current malaise that we are seeing in Parliament.

In recent days, I have received a substantial amount of correspondence on this issue, which raise many different points and cover several issues. For efficiency, my response to all the proposed outcomes are set out below.

I would also like to restate my disappointment that we have not yet left the European Union. I was elected, with a strong mandate, to deliver Brexit on 29th March 2019 and did all I could to meet that timeframe. Unfortunately, the majority of my colleagues have successfully frustrated our withdrawal.

This is regrettable, as we are, in my view, failing to implement the result of the referendum, and the manifestoes upon which we were elected. I continue to do all I can to bring these proceedings to a conclusion as soon as possible, and I am voting for all the options that will get us out in the next few months. This includes the Government’s Deal and no deal, and I recognise that this will not please everyone, but Clacton residents have told me repeatedly that they want this all to be resolved as soon as possible – as a country, it surely is time to move on and I sincerely hope that my recalcitrant colleagues realise that.

And I have said before, I am angry at the way in which the Government has handled negotiations and the votes on the deal. I am also angry with those at whose feet the fault really lies, namely Michel Barnier and Donald Tusk. I believe they could easily have prevailed over the leaders of the other 27 countries to give us the concession we need on the backstop.

However, we are where we are and although I and others have repeatedly called for no deal to remain on the table, the House as a whole has taken it off. So the best way out of this mess is to back the deal, as I have set out below:

Some 70% of my constituents voted for Brexit, and 61% voted for me when I promised to implement that result – and let us not forget the 33% who voted for other parties that promised the same.

I have no doubt, from the conversations I have had, that there remains a strong local mandate for Brexit, and I know from my discussions in Parliament that any further vote will be designed to prevent and frustrate the outcome of the first vote. Therefore, I will never vote for a second referendum or confirmatory vote.

However, in the second round of indicative votes, this proposition was only rejected by 12 votes, a decrease from the majority of 27 in the first round of voting. This clearly demonstrates how the majority in Parliament is moving toward this outcome, despite my opposition.

As I said above, I believe that there remains a strong local mandate for Brexit and only 3% of my constituents have, so far, signed the petition asking for Article 50 to be revoked. Given the coverage this petition has had, we cannot argue that other constituents have not had the chance to sign!

This level of public support is hardly enough for me to go against the strength of local feeling – I am the representative of the Clacton constituency, it does not matter how successful the petition is in other parts of the country. Therefore, I will never vote to revoke Article 50.

Personally, I find that disappointing, as I was sent to Parliament after campaigning on a manifesto that promised to, firstly, seek a deal, before reverting to no deal if good terms could not be secured by 29th March 2019. The new legal default for exit day is now 31st October 2019, and I will vote against any future measures to delay that further.

During the first round of indicative votes, on 27th March 2019, I voted for the no deal option, as this is in line with my manifesto commitments, which I have just set out above. I will continue to vote for no deal for that reason and because this needs to remain an option – it is crazy to be in a negotiation without the ability to walk away!

Regrettably, it is clear that my colleagues will not allow no deal, since they have voted against it repeatedly and have now passed binding legislation designed to prevent this outcome. That is extremely frustrating, as it prevents me from fulfilling my manifesto commitments, but I have no control over the decisions of my colleagues, even those who campaigned on the same manifesto as I did.

We cannot meet this new political reality with stubbornness and dismissively declare that we can and should just leave without a deal on WTO terms. Unfortunately, and while I wish it were so, it is just not that simple and this House, facilitated by this Government, will continue to move exit day back rather than countenance a no deal outcome.

From my conversations on the doorstep, I have no doubt that the majority of residents will find this just as frustrating as I do, and that is why I have continually voted to keep no deal on the table, as this remains true to the commitments upon which I was elected. Nevertheless, that proposition has been continually rejected by Parliament, and we need to find a way forward that can command majority support in Parliament, if we want to deliver Brexit.

I will always vote against this, as the manifesto I campaigned on clearly stated that the UK will leave the Customs Union after Brexit. As already mentioned, that manifesto returned me to the House with a majority of votes, and more votes than any of my predecessors, in this seat, ever received. Once again, it is clear that there is an overwhelming local mandate for Brexit without a Customs Union, and I am determined to deliver that.

However, and this is of some concern, in the second round of indicative votes, this proposition was only rejected by 3 votes. This demonstrates, once again, that the majority in Parliament is moving toward this outcome and I am disappointed that my colleagues are forgoing their manifesto commitments to vote in support.

I would also like to state my concern about the Prime Minister’s decision to involve the Opposition in Brexit, and I whatever proposal comes forward, if these cross-party talks get that far, I will vote against it if it does not take us out of the Customs Union.

This is not an outcome that I can support. Both proposals would keep us in the Single Market, at least initially, and there is no guarantee that we will ever get out. Clearly, this would prolong freedom of movement, albeit with some of the additional controls. So, once again, if the Government's cross party talks with the opposition bring forward a proposal that keeps us in the Single Market, I will oppose it.

In the second round of indicative votes I opposed both of these proposals, and EEA/EFTA was rejected again by 21 votes, which was a decrease from the majority of 95 votes in the first round of voting. I would expect this proposition to return in any future rounds of voting, and the majority in Parliament is moving toward this outcome, despite my opposition.

As I have said earlier, I campaigned on a manifesto that promised to secure a deal with the EU and I continue to pursue that objective. I do, however, recognise that the Government’s Deal is a compromise, and it is not perfect.

I also accept that my manifesto also promised to revert to no deal, if good terms could not be secured. But, as I have set out, no deal is effectively off the table – although I am happy to be wrong on that point. And given such, “no deal is better than a bad deal” is now, in all likelihood, no longer possible.

Consequently, we need to get behind this deal, as imperfect as it is, because it is the best way forward that stands a chance of commanding a majority in this House. As I have tried to set out above, the majority of my colleagues are moving toward a softer Brexit and any further delay poses a very real risk to the deal we have on offer now.

That is why I will back the deal because it is the best way out and we are running out of time to secure further changes. I was sent here to deliver Brexit in a way that meets the commitments of my manifesto, the Government’s Deal is now the best and only way to do that.

The Prime Minister has not managed this situation well, and I am glad that she will step down once this first stage of Brexit is over. But forcing her out now will not change the situation, it makes an election more likely, where we run the risk of Corbyn in Downing Street, and even Boris Johnson or Jacob Rees-Mogg would be unable to extricate the UK via no deal because of this Parliament.

So let’s get this stage done first and actually deliver Brexit, before we worry about the leadership!

Voting History: Indicative Votes (Round One)